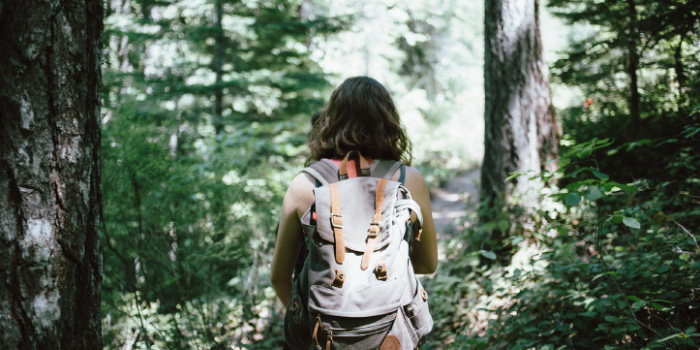 I would like to share a blog from a couple years ago from Tracy McCarty on a subject that we as pastors’ wives probably try to do many times each year, and that is “Give Up.” But her blog is helping us learn “Not to Give Up.” I pray it will be a blessing to you as it was to me.

In the words of Joan Rivers, “Can we talk?” I mean, can we really talk?  Being totally upfront about ministry is not always a popular thing, but boy, I sure would have appreciated a minister’s wife taking me aside 20+ years ago and asking, “Tracy, can we talk?”  Not that I would have turned and run the other way, but I certainly would have been better equipped for the things I’ve experienced.

Let me tell you a story.  For our honeymoon, Ryan and I went to Turkey Run State Park.  Yes, I know you’re totally jealous of that one.  It’s every woman’s dream to spend a week somewhere named after poultry.  Actually, it was super perfect for us.  We stayed in a cabin, toured some of the quaint towns near the park and did lots of hiking. There are trails all over the place, so we tried to tackle at least a couple each day.

After our honeymoon, we immediately packed up and headed south to Johnson Bible College (now Johnson University) near Knoxville, Tennessee for Ryan to finish his schooling.  Since we were only about 30 minutes or so from the Smoky Mountains in Gatlinburg, one weekend we decided to drive over and check out the area.  After a bit of window shopping the strip, we drove up through the mountains to soak in the amazing scenery of East Tennessee.

At one of the places where we pulled off the road, we noticed a sign that read, “Rainbow Falls–2 Miles.”  Two miles?  That was nothing!  A couple miles there, a couple back.  That would just about build up a good appetite for supper.  So we hopped out of the car with no backpacks, no water, no food.  Just a couple of Kleenexes in case nature hit.

Chatting and laughing, we headed up the incline towards the unknown.  It was already getting later in the day, so we passed several people heading back down the mountain.  We knew how long it took us to cover two miles at Turkey Run, so after about that length of time had passed, we stopped a couple coming down to see if we were close.  Their answer?  No, we were only about halfway.  We smiled, thanked them, then trudged on winking at each other thinking, “Rookies! They don’t even know how to judge distance!”

Fast forward what seemed like forever, and we were starting to wonder if this waterfall even existed!  We were hot, tired, sweaty and thirsty like crazy.  We had even gotten desperate enough to wash our mouths out with the water coming down the side of the mountain, which we knew was absolutely not a good idea. The terrain was much rougher than we were used to, and the incline was a whole lot steeper. Plus we had the added bonus of stepping only a few inches from the edge of the mountain and plunging to our deaths below (or at least serious injury).

The people passing us going the other way were getting fewer and fewer until finally one couple told us they thought they were the last ones coming back down.  Still determined, we kept climbing upward, catching up with another couple just ahead of us.  The four of us rounded a turn and saw….a large trickle with the pressure of a water hose falling over the edge of a small cliff.

Seriously?  Had we really come all this way for a big nothing?  Wore ourselves out for a measly dripping stream?  Fed up and angry, the other couple gave up and left us alone, heading back down themselves.

We looked at each other.  Now what do we do?  Ryan shrugged his shoulders and said, “well, we didn’t come this far to turn back now.”  “Okay, let’s do it,” I replied, and together we faced upward and kept moving.

Not ten minutes later, we rounded another turn in the mountain and came face-to-face with a breath-taking scene straight out of a movie.  In front of us was a massive waterfall eighty feet tall, spilling down onto a huge open-faced rock and then falling another level to a smaller boulder below.  Standing on the huge rock was a beautiful girl from Germany in a long grey dress with her arms outstretched in surrender as the water poured down on her while her boyfriend stood at the next level looking on.

Wanting to experience that same feeling she must have been feeling, but not wanting to steal her thunder (not that I could), I climbed onto the smaller boulder for my own special moment. Looking up to appreciate the sheer magnitude of the falls, I immediately lost my footing, was swept up by the water and plunged five feet to the rock below me.

Again, not kidding.  Oh well.  My journey was not her journey, but all four of us experienced the breathtaking presence of God right there in the deafening roar of the falls and yet the utter stillness of that sanctuary. How sad it was to think of the ones who turned back when they were so close to the goal!

That story has been a picture of life in ministry for me. I thought I knew what I was doing.  I thought I had enough church experience to understand what was before me. I thought it would be simple.  I was so very wrong.

But then I remind myself that I haven’t reached the goal yet.  What a breathtaking scene THAT will be! And I don’t want to miss it. It might only be around the next bend.

So when the trail is too hard, the climb too tough, the exhaustion too overwhelming, I remind myself of Jesus’ words, “In this world you will have trouble.” (John 16:33b NIV)

You do realize who He is talking to, don’t you?  Not the Pharisees.  Not the Sadducees.  Not the teachers of the law.  Not those who came to Him for healing. It was the Disciples, the very men who gave up their personal comfort, goals and life plans to follow Him. Not a great opening pep talk. But remember how He finished that? “But take heart! I have overcome the world.” (John 16:33c NIV)

Those words are for YOU my pastor’s wife friend!! Cling to them as you keep moving forward in ministry. And if you haven’t yet experienced the struggles of ministry, remember them, because one day you will. Love to all of you!

I pray this has been an encouragement to you and on those days, usually Mondays, when you feel like “Giving Up,” remember He has overcome the world for us and He will help us through whatever the struggle is that we are going through.

We are here to help you on your ministry journey!