Finding Compassion Instead of Resentment 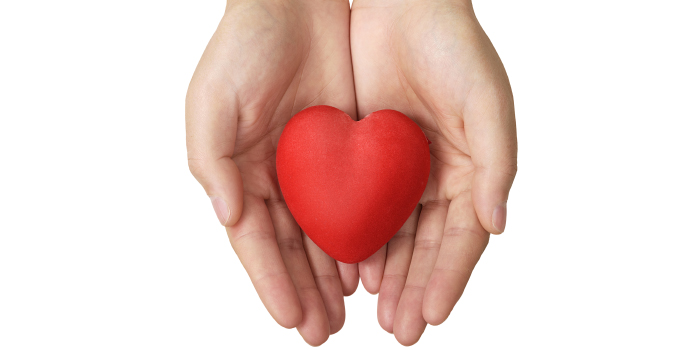 Obviously there are times when we have great compassion on others, when our hearts achingly break for the hurt and struggles of those in and around our flock. We aren’t made entirely of ice. But then there are the times when I’m like, “Seriously? Get a grip. This is NOT a crisis requiring the attention of my husband yet again.”

It’s true that opposites really do attract. One of the steps that Ryan implements with any marital or pre-marital counseling is to do a personality assessment. Because we both studied this, I get to be the one to process all of the results, including creating a graph to visually see where each person’s personality falls on the spectrum. At this point in time, I’ve processed hundreds of tests for couples, and I can tell you without a doubt that opposites attracting is not just a cliché. I can actually count on my own hands the number of couples whose graph lines did NOT cross in total opposite directions.

This is true for couples in ministry as well. And since most (not all) really good ministers tend to lean highly toward the compassionate side, that means many of us spouses may happen to struggle in this area.

So what do we do? Just say, “Oh well, that’s not in my DNA.”? At times we’d definitely like to. And while there ARE times when it’s totally appropriate to remind your husband that it’s OKAY to say “No,” we also need to remind ourselves that Jesus said, “But go and learn what this means: ‘I desire compassion, and not sacrifice,’ for I did not come to call the righteous, but sinners.” (Matthew 9:13 NASB)

When I see the crowds, or the number of texts coming in on Ryan’s phone or the vibrating of his phone (because he’s turned the ringer off so that I don’t go through the roof every time it rings), or see his schedule for the week on Google calendar, it’s typically NOT compassion that I’m feeling. Rather it’s frustration, exhaustion, annoyance and even anger.

BUT, when Jesus “saw the crowds, He felt compassion for them, because they were like sheep without a shepherd.” (Matthew 9:36 HCSB)  So how do I get to that place in my own heart?

This may not be the answer for you, but let me share the one I’ve found for myself.

Like all questions, struggles and conflicts that I find myself in, I start digging into the Word of God. It is my anchor, my foundation, my ultimate guide.  I discovered many times in Scripture where Jesus is said to have compassion on others.

Do you see the connection? When Jesus was moved with compassion for others, He did AMAZING miracles.

But Jesus TAUGHT us how to do amazing things with our own compassion. In the parable of the Good Samaritan (Luke 10:30-37), it was the COMPASSION of the Samaritan man that caused him to stop and help the wounded Jewish man, to carry him on his own animal to an inn and to pay for that man’s care with his own money.  A Samaritan.  A man who was considered to be nothing better than a dog to any good Jew.

And in the parable of the Prodigal Son (Luke 15:11-32), it was the father’s COMPASSION (vs. 20) that caused him to run to his wayward son, to wrap his arms around him and kiss him rather than chastise him for his wastefulness and disobedience.

So here’s my motivation: I LOVE Jesus, and I want to do AMAZING things for Him. I want to be different, to walk the narrow path. And if that means that I have to dig WAY down deep inside and find the compassion that is sometimes shriveled up in there, then that is what I’m going to do.

One of the BEST ways that I’ve discovered to find more compassion in myself is to actually GO do ministry with Ryan whenever that is possible. It’s much easier to have a soft heart in the presence of one who is broken than to be at home watching the clock. Obviously this isn’t possible with every single ministry opportunity, but trying to make it more often than less often definitely helps.

For those of us who don’t just ooze that beautiful compassion naturally, it is a choice that we have to consciously make. Just like I get up every day and consciously make a choice of what I’m going to wear, I have to make that concerted effort to follow Paul’s command, “Therefore, as God’s chosen people, holy and dearly loved, CLOTHE yourselves with compassion, kindness, humility, gentleness and patience.” (Colossians 3:12 NIV)

So come on, ladies, let’s GET DRESSED!!!

Click here to read the original blog on tracy-mccarty.com