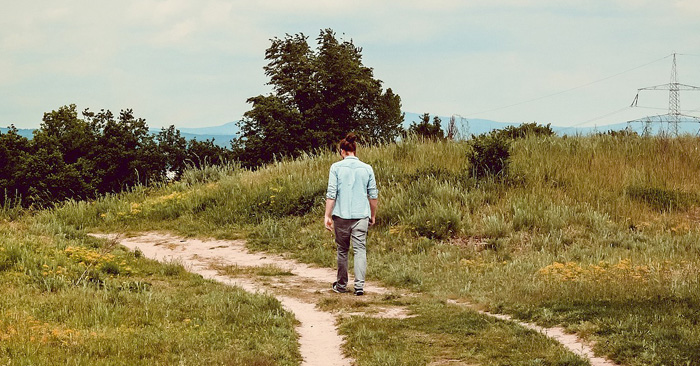 I don’t know about you, but it does not bother me at all to stop and ask for directions, because let’s face it our GPS is not ALWAYS right.

Now I know it is harder for men to stop and ask for directions because they always KNOW the way. Plus I have a true story about my husband not stopping to ask for directions. When he was the Single’s Pastor in Lynchburg, VA we took a group of singles to Myrtle Beach for a week each year.

This one particular year my husband and one of our single male leaders were going to stay behind and lead Sunday morning class and then meet the rest of us at Myrtle Beach. So at what should have been the time of their arrival, 30 minutes later, 1 hour later, no, 4 hours later they finally arrived.

This was back before a GPS, and they were determined rather than stopping to ask for directions, they would stop and purchase a map and they would figure it out. Well, by the time they stopped to purchase the road map, they were already 2 hours in the wrong direction. Needless to say 25 years later, Ron and Todd are teased about the subject, “Men Never Ask for Directions.”

I recently read a blog by Holley Gerth pertaining to this subject and yes, we women can also be determined that we know the way as well. I pray what she has to share will speak to you today.

When I drive I often become lost in thought, which tends to lead to being lost in my car. The other evening I got off on the wrong exit. No big deal, I told myself, I’ll just turn on this random road. It looks like it goes north. (Never mind that my brain thinks whatever direction I’m facing is north.)

Needless to say, this road did not take me home. Instead it took me into scary places where no one had bothered to put street lights. I was sure Big Foot was going to appear. I heard wolves howling (or they could have been Chihuahua’s—it didn’t matter at this point). I hit potholes the size of the Grand Canyon. I prayed relentlessly, “Help me, Jesus,” because I was sure I would soon meet Him face-to-face.

Then, suddenly, I saw a stoplight. When I pulled up to it, sweaty, exhausted and grateful to be alive, I realized it was the exact same spot where I had taken the original wrong turn. I had, in effect, driven in a square right back to where I started. It had been five minutes. At this point I turned myself over to the GPS, whose voice guided me the rest of the way without further incident.

Once the danger had passed I thought of these words from Proverbs 3:5-6 (because everything in my life seems to turn into some sort of spiritual analogy): Trust God from the bottom of your heart; don’t try to figure out everything on your own. Listen for God’s voice in everything you do, everywhere you go; He’s the one who will keep you on track.

It’s the “don’t depend on your own understanding” part that’s hard for me. Because sometimes I just know that I’m right, that I have it all figured out, that I’m heading “north” in whatever decision I’m making. But so often I find myself on a back road where I don’t belong, scared out of my wits and just hoping I’m not about to be abducted by aliens.

When I don’t know where I’m headed in the next moment or day or year I feel stressed and anxious and slightly guilty. I feel like I have to guess or just do my best rather than relying on something outside myself, like the GPS in my car or the Spirit of God within me. I’m in a season that feels this way. And I have been freaking out because of it. Just this morning a friend said to me, “Maybe you’re not supposed to figure this out.” My whole soul sighed in relief at those words.

So just in case you’re wired a bit like me (or love someone who is) let’s tell ourselves all over again: We don’t have to figure everything out on our own.

True confession: Living this way doesn’t feel like “north” to me yet. It feels scary and awkward and as if I’m losing control. But I’m slowly discovering it’s actually what I want and need most. Trust, not trying hard, is what leads me into peace and rest and even joy. It’s the only way home for my wandering, worrying heart.

If you are like me, I am guilty of wanting to figure it out myself, but I have learned in 40 years of ministry I must depend on God to work it out and I need to get out of the way. But it is easy for our flesh to get back in the way and we just know we can figure it out. It is generally in those times that we mess things up.

Remember, we don’t have to figure everything out on our own. We have a Heavenly Father that knows much better than we do!