Ron and his wife, Rodetta, have been married 43 years. They have actively served the Lord together in ministry during their entire married life and are co-founders of Care for Pastors (CfP). Ron earned his BS degree from Liberty University in 1979. Upon graduation, he pastored two churches in West Virginia from 1980-1988 before returning to Lynchburg, VA, to complete his Masters Degree in Counseling at Liberty. He was also on the pastoral staff at Thomas Road Baptist Church in Lynchburg from 1989-1997. Ron and Rodetta came to Florida to serve at First Baptist Church of Leesburg, and in April of 2000 he was called to be the Senior Pastor at a new church plant called Southpointe Baptist Fellowship. 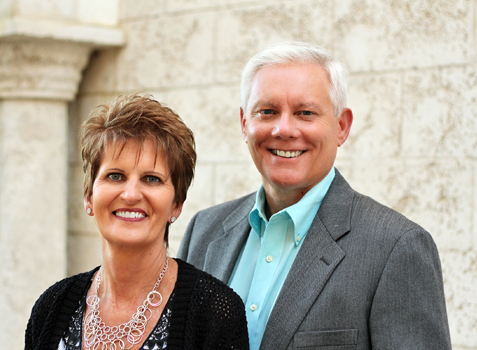 During their service at Southpointe, the church grew to over 800 members with multiple services and several community affecting outreaches. The ministry of Care for Pastors was launched in 2004 and the church was very supportive of the mission of CfP. At the Holy Spirit’s leading, Ron stepped out of his role as Lead Pastor at Southpointe Baptist Fellowship in January of 2011 to dedicate his full attention to the development of this nonprofit, to ensure it reached its full potential to minister to pastoral families.

Under Ron’s leadership, and with his wife’s dedicated support, CfP has grown by leaps and bounds, inspiring Christians to Get Involved. His ministry to pastors includes mentoring, counseling and conferences. Both Ron and Rodetta have a passion to minister to hurting pastors and their spouses who need the message “they are worthy.” Ron & Rodetta Cook, true servant leaders on a mission to care for pastors!