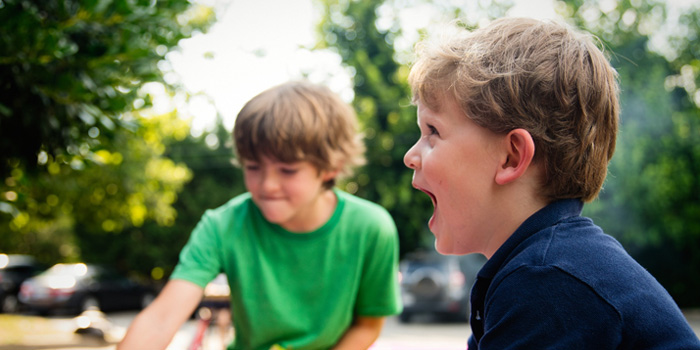 I would like to share a blog from Thom Rainer with you today that I know you could add to his list of 7 things learned from PK’s. As we press into offering more for PK’s, it is our heart’s desire to see them remain healthy and keep a Biblical perspective of the Church, because Christ loves the Church and died for the Church.

It was not the response to a blog post I expected. Back in June of 2013, I wrote a post speaking on behalf of pastors for their kids. I summarized seven major things pastors wanted you to know about their children. The article had a big response when it was first posted. But, for reasons I have not completely fathomed, the post went viral a few weeks ago. Now almost 200,000 views and hundreds of comments later, we can see a pretty clear picture.

You see, the majority of those who responded were pastors’ kids. So, instead of hearing from pastors about their children, we heard directly from the children themselves. Some were teenagers still living with their parents. Others were adults who grew up as PKs. All of them had pretty strong opinions.

As I read again through the plethora of comments, I developed seven major themes from these PKs. Not all of their comments were negative, but a majority did communicate some level of pain. Here is what they said:

On the one hand, I feel badly for the opening of wounds that blog post caused. On the other hand, I am grateful for the forum it allowed for many of the PKs to express themselves.

Ministry can be so hard, and especially on PK’s. We want to offer that “safe place” for your children. Please let us know how we can help you on your ministry journey.

This article was originally published at ThomRainer.com on January 8, 2014. Thom S. Rainer serves as president and CEO of LifeWay Christian Resources. Among his greatest joys are his family: his wife Nellie Jo; three sons, Sam,  Art, and Jess; and ten grandchildren. Dr. Rainer can be found on Twitter @ThomRainer and at facebook.com/Thom.S.Rainer.