There’s Always Hope When Jesus is Writing Your Story 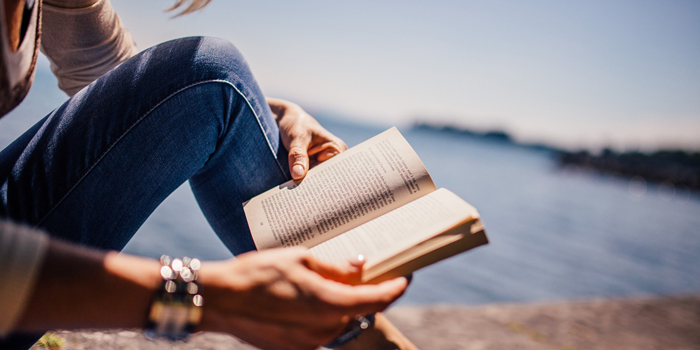 Most of us know the story. The two famous biblical sisters, Mary and Martha, have a brother named Lazarus who becomes sick. They send for Jesus but He doesn’t arrive for two more days. And by that time, Lazarus has died. It seems it’s time for “The End” to be written on the final page.

But as a quote by Gracie Allen hanging on my Mama’s refrigerator says, “Never place a period where God has placed a comma.”

We all have a Lazarus in our lives. A dream that seems to have gasped its last breath. A hope that’s lifeless and still. A relationship that seems beyond resurrection.

Jesus understands the pain of those places. As Joanna Weaver says in Lazarus Awakening:

Where have you laid your pain? Jesus asks us tenderly. Where do you keep all your shattered hopes and dreams? Where have you laid the part of you that died when you were abandoned, forgotten, betrayed? Where are you entombed and enslaved, hemmed in, shut down, and closed off?

Come and see, Lord. That’s the only response we need to give.

Because when Jesus shows up you can be sure the show isn’t over. After He weeps with His friends by the tomb, He calls Lazarus to come forth. And suddenly the period placed by humanity becomes an exclamation point inserted by divinity.

We serve a God of life. Of resurrection. What He does may not look exactly like what happened with Lazarus. And, yes, sometimes our exclamation point may be added on the other side of eternity. But you can be sure that death will not ultimately win in any situation in your life. “Death is swallowed up in victory” {1 Cor. 15:54}.

And until then, we have the same hope that Mary and Martha did even if it felt delayed: Jesus is coming. He knows your hurt and He cries with you. He has not forgotten. He will not abandon you in your time of need.

The Author of Life is asking, “Where have you laid your Lazarus?” and He will tenderly, powerfully transform your story in ways beyond what you’ve yet imagined.

Click here to read the original blog on HolleyGerth.com