Treating Satan as a Shrewd Telemarketer 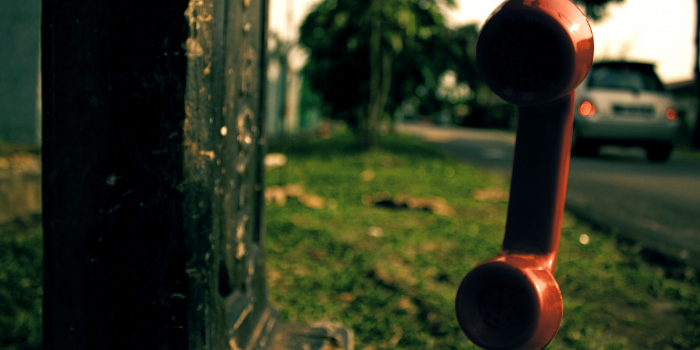 I once worked as a telemarketer when I was starting out in my counseling career. Those were not my glory days and there was much about telemarketing I didn’t appreciate. However, there are a few lessons I learned during this season that stuck with me. This is one of them.

We were taught a few basic rules for making sales. First, keep the potential customer on the phone at all costs. Second, seek to counter every resistance raised with a “rebuttal statement”. There must’ve been a couple of dozen possible options we were trained to use.

I was never as aggressive as many of my colleagues were. My work ethic simply would not allow for that. Nonetheless, God was gracious in allowing me to earn a modest living for that season of my life.

But, I was just the appointment setter. If the potential customer actually set the sales appointment, they would then encounter a similar presentation from the in-home salesman who would keep the conversation going at all costs and use rebuttals to close the deal. If the customer purchased the product and later decided to return it, the retention expert would engage a similar process.

It was a coordinated effort on all sides.

So, here’s a little secret about the best way to deal with telemarketers, one that I believe can’t fail.

When you get one of those guys who is well-trained to keep you on the phone with all his slick-sounding rebuttals, here’s what to do…

Hang up on him while YOU are speaking to him!

“Mrs. Jones, it really seems you would be very interested in XYZ product, given your interest in blah blah blah.”

“Well, I do hear what you are saying, Mr. XYZ salesman, but the truth is that (click) I really am not interested in your products at this time.”

Notice the “click”? This is you hanging up the phone. But by all means, finish your sentence after you’ve hit the button to terminate the call. He will perceive the call was disconnected and move on to dialing the next number on his cold call list. If he calls back, don’t answer. At first, this may seem rude. However, this will break you from the “telemarketer’s spell”, so to speak (the most common reason people don’t hang up is that telemarketers exploit your sense of common decency not to hang up on people).

Bottom line: (1) admit that you’re talking to a telemarketer (no matter how “nice” they seem), (2) firmly state the truth about your lack of interest, and (3) hang up WHILE you’re stating the truth. This prevents any kind of additional response from the telemarketer. Stating the truth without taking the action of hanging up in the middle of your own sentence will only result in your getting another rebuttal that is intended to wear down your resistance and make you more susceptible to giving in.

Why is all this relevant to our spiritual life?

What I’ve described is exactly how the Christian should deal with Satan: (1) admit that you’re dealing with a telemarketer who has been trained to keep you negotiating with him until you give in, (2) like Jesus in the wilderness, use God’s word to state your determination to reject what he’s offering, and (3) “hang up on him” by moving towards a godly value as you’re in the process of stating the truth… redirect your eyes, refocus your thoughts, pray in your spirit to God, recite a passage of memorized Scripture, hum a few bars from a favorite Christian song… whatever. Any of these will allow you to move in a different direction and prevent you from hanging around to hear his next slick and seductive rebuttal.

This combination of stating the truth while moving in an opposite direction (as you are “hanging up” in the process) is the most effective response towards Satan – and a telemarketer.

Click here to read the original blog on IntentionalHearts.com

Michael Todd Wilson is a Professionally-trained Life Coach with a passion to support Christian ministry leaders toward sustained effectiveness and impact. He also specializes in resourcing parents who have concerns about their children(s) sexuality, as well as leading Christian men away from sexual sin and towards a life consistent with their deeper identity in-Christ. After 15 years experience as a Licensed Professional Counselor in a traditional counseling practice, Michael Todd has made his expertise available through a private practice (Intentional Hearts) accessible from anywhere using a phone or video connection.