What Does the Bible Say About America? 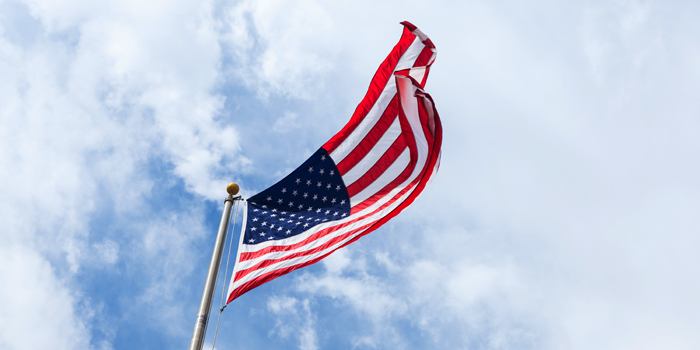 What does the Bible say about America? It says nothing by name and specifics, but volumes in unchanging principles.

Proverbs 14:34: Righteousness exalts a nation but sin is a disgrace to any people.

Righteousness today is looked at with skepticism and those who promote it are called narrow-minded. Righteousness among any people has a very positive effect. Righteousness is people living by just and godly principles that produces just and godly actions. “Exalts” means to honor, to lift up…used here it means that when a nation is a righteous nation, then that nation will be honored among many and lifted up before all. “Sin is a disgrace to any people”…sin always leads to disgrace.

“Exalts” means to honor, to lift up…used here it means that when a nation is a righteous nation, then that nation will be honored among many and lifted up before all. “Sin is a disgrace to any people”…sin always leads to disgrace.

It was with God’s truths as a foundation and a desire for righteousness that our forefathers, after much debate and prayer, presented to the public the constitution with a clear belief in Proverbs 14:34:  Righteousness exalts a nation, but sin is a disgrace to any people.

Some American history you may not be aware of: John Jay, the first Chief Justice and “Father” of the Supreme Court, and one of the primary writers of our Constitution wrote: “It is the duty of our Christian nation to select and prefer Christians for their rulers.”

Most of the original thirteen colonies required office-holders to take an oath affirming their Christian faith before they could take office.

In 1782, not only did Congress approve the use of the Bibles in our schools, they even paid for them with tax dollars. And in 1844, when someone sued to remove them, the Supreme Court ruled: “Why should not the Bible, and especially the New Testament, be read and taught as a divine revelation in the schools? Where can the purest principles of morality be learned so clearly and so perfectly as from the New Testament?”

Today, the people who were instrumental in establishing our nation would be considered right-wing radicals and a threat to our nation. America was settled by people looking for religious freedom and an opportunity to promote the gospel of Jesus Christ…the Mayflower Compact stated that they had come to the new world, “for the glory of God and the advancement of the Christian faith.” The New England Confederation (1643), the first constitution written in the new world states, “Whereas we all came into these parts with one and the same end and aim, namely to advance the kingdom of our Lord Jesus Christ and to enjoy the liberties of the gospel in purity and peace…”

As the original settlers died off, many of their descendants were more concerned with their wealth and comfortable living than being faithful to God and His Word. Waves of immigrants arrived, many of them for reasons other than those of the earliest settlers.

England attempted to rid itself of those considered “undesirable” and emptied its prisons, sending them to the New World as “indentured servants.” At the same time, the king of England granted vast tracts of land to his special friends, and slavery was introduced into the colonies to work these plantations.

The spiritual atmosphere deteriorated rapidly. Churches were dying; many of them that had once sought freedom for themselves were now intolerant of others. Some went off into strange spiritual directions.

In 1692 a slave girl in Salem, Mass began to tell young girls wild and vivid tales about the power of voodoo. Fear filled the community and the Salem witch trials began. By 1730, only about 10% of the people in the colonies attended church at all. (Much of what you hear that is derogatory about our early history comes out of this period.)

But something amazing happened. Beginning in 1734, a handful of preachers…Jonathan Edwards, George Whitefield, John Wesley, and others…began to preach in the churches, the streets and fields. Soon turn to great crusades and revivals that spread through the 13 colonies.

America was founded by men and women who acknowledged God’s supreme rule. They weren’t perfect, they weren’t all devout Christians, but they all acknowledged that God was the supreme ruler over man and over the nations. Some Christians have concluded that a take-over of our culture is inevitable, so they have chosen to do nothing to resist it.

It is past time for churches to intentionally engage the culture and be the salt and light we were created to be. “Why doesn’t God do something?” He has. He created you! Nothing in life or death is more important than living for God’s truth and righteousness.

“If America dies, it will be because of self-inflicted wounds.” – Richard Land

As God’s people we must stand for righteousness!

Listen to the words of our Founding Fathers:

John Quincy Adams: “From the time of the Declaration of Independence, the American people were bound by the laws of God and the laws of the gospel of Jesus Christ, which they all acknowledge as the root of their conduct. We all came together to obey the word of God.”

George Washington: “It is the duty of all nations to acknowledge the providence of Almighty God, to obey His will, to be grateful for His benefits, and humbly implore His protections and favor.”

Patrick Henry: “It cannot be emphasized too strongly or too often that this great nation was founded not by religionists but by Christians, not on religion but on the gospel of Jesus Christ.”

President Thomas Jefferson in an address to Danbury Baptist: “The 1st amendment has created a wall of separation between church and state, but that wall is a one directional wall; it keeps the government from running the church, but it makes sure that Christian principles will always stay in government.”

Psalm 33:12: Blessed is the nation whose God is the LORD, the people He chose for His inheritance.

God’s primary purpose is to have a relationship with those He created in His image; within that purpose is the desire to bless His people.

“Blessed is the nation.” The idea is that the nation referred to is happy or content, or that its condition is desirable for all. The nation “whose God is the Lord” is a nation under God’s protection…A nation and a people blessed and happy.

Has God taken His hand of blessing from us as a nation?  Is it a permanent removal?

II Chronicles 7:14-15:  [14] If my people, who are called by my name, will humble themselves and pray and seek my face and turn from their wicked ways, then will I hear from heaven and will forgive their sin and will heal their land. [15] Now my eyes will be open and my ears attentive to the prayers offered in this place.

Proverbs 14:34: Righteousness exalts a nation, but sin is a disgrace to any people.

A return to righteousness is essential for God’s blessing to be upon America.

Now is the time for God’s people to come to the defense of our nation. The scales are leaning in the wrong direction.