Who is Caring for Superman? 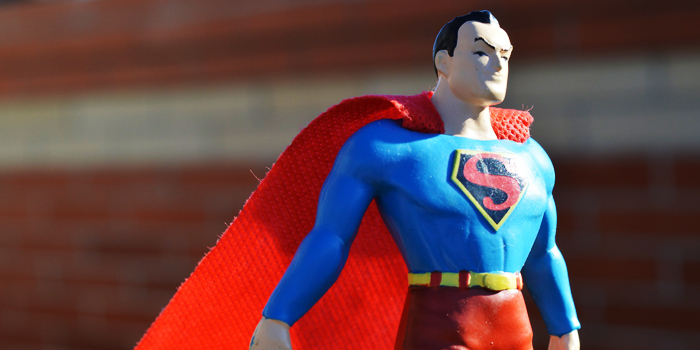 Faster than a speeding bullet! More powerful than a locomotive! Able to leap tall buildings in a single bound! Look up in the sky! It’s a bird! It’s a plane! It’s Superman!

Yes, it’s Superman, strange visitor from another planet, who came to earth with power and abilities far beyond those of mortal man. Superman, who can change the course of mighty rivers, bend steel in his bare hands, and who disguised as Clark Kent, mild-mannered reporter, fights a never-ending battle for truth, justice and the American way.

For over 70 years, the fascination of Superman has captured the imagination. I must confess, the image and fascination of Superman has been something that has intrigued me for most of my life. Think about it, Superman…! I’m pretty sure at this stage of life I have got over the fascination of something as unrealistic as Superman. But for years as a pastor I attempted to play the role. I might add, I didn’t do a very good job in the role. I bought into the unrealistic expectation of being super pastor. Most pastors are wired with the altruistic mindset. It is that unselfishness for, or devotion to, the welfare of others that is one of the most endearing attributes a pastor brings to a church. They care. They care often and deeply.

It is bearing the heavy responsibility of caring for others’ spiritual condition, marriages, parenting or financial struggles, counseling dysfunctional situations, and resolving or attempting to resolve church conflict while maintaining all the other job descriptions that fall under teaching, discipling and preaching. And oh, do not forget grieving with families that have lost loved ones while harboring the belief that life’s bumps and stressors shouldn’t affect them the way they do everyone else. After all, behind their mild-mannered personality, they have everything under control. Fighting the never-ending battle for truth, justice and the American way behind the facade is “Super Pastor.”

Remember, it was exposure to kryptonite that drained Superman of his strength. Empathy Fatigue is a pastors’ kryptonite. One of the inescapable responsibilities of being a pastor, is being “high touch;” much of what we do requires listening and being emotionally involved with people’s problems and then responding in truth and love. Empathy Fatigue drains a pastor of their strength when they stubbornly refuse to care for themselves spiritually, emotionally, and physically in the way they tell others to care for themselves.

In Wayne Cordeiro’s excellent book Leading on Empty, he writes, “Solitude is chosen separation for refining your soul (self and spiritual care, my words). Isolation is what you crave when you neglect the first.” On the onset of Empathy Fatigue, isolation seems so harmless, so deserved, so needed and makes all sorts of promises of making one feel better. But instead of providing the rejuvenation that is promised, it drains, opening the door to a multitude of thoughts, feelings and emotions that lead us down a dark path, a path we have warned others to not go down. And now Empathy Fatigue seems to be a black hole, draining us far quicker than we can manage to get our spiritual equilibrium under control.

Next week we will examine the signs of Empathy Fatigue and then look at a plan for care and prevention.