Why I Don’t Drink 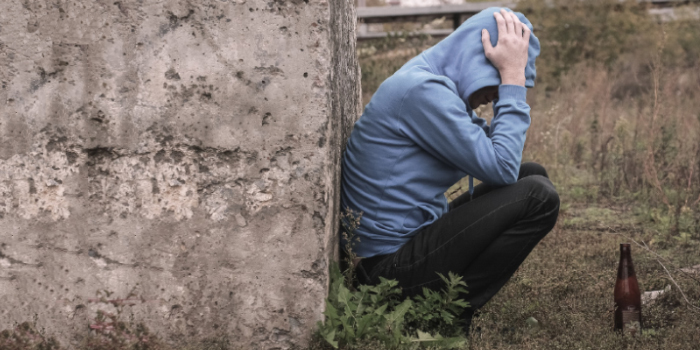 I was recently asked the question, “Where do you stand on pastors and alcohol?” My reply to that question was: “This is a subject that will always be debated by some. If you have seen the recent news about a Mega Pastor, having to step aside from ministry because of an alcohol addiction I would say to you, “If you never take a drink you won’t have to go through what he is going through.” I always go to the verses in I Corinthians 10:31-33. I believe as pastors and spiritual leaders we are also set apart to set an example.

I want to share a blog with you today from another pastor’s wife that speaks to this and I believe brings up things that we need to think about as pastors’ wives. I know we have many different denominations that will be reading this blog and there are many different views on this subject, but it is not a matter of debating whether it is right or wrong; it is about the consequences.

I felt led today to share with you the reasons I don’t drink. I suppose it took me many years to understand the answers to this question and how to share them without being offensive.

In the early years of my life, I never saw anyone drinking alcohol.  My parents abstained and that is the way I was taught.  Our faith and denomination forbade it and we followed.  That was my childhood view. When I was a teen, I was often offered alcoholic beverages. In college, you were considered “corny” and a “freak” if you didn’t participate. But it didn’t matter to me.  I didn’t want it and to this day, I’ve never tasted it.

When I was a young mom, I continued this train of thought concerning alcohol. The Bible doesn’t speak of drinking beer or wine as being sinful at all….it only says to not become drunk. Even so, I simply did as my parents did and we never had those products in the fridge and we didn’t order them on trips to the beach. Even on those few occasions when we were celebrating and no one else was around….even then there was never any question. We didn’t drink.

There became a time when I began to move from neutrality into hatred of alcohol. I heard stories of those who were giving alcohol to minors…even their own children. They would allow their high school children to have friends over and they would supply them with drinks.  It bothered me very much and at times, made me angry. I learned there were adults that would purchase it for kids who were underage and hanging out in the parking lot of the store…and the adults would do it for free or just to get one of the beers from the case. Hard to imagine.

My feelings about alcohol continued to sour into rage when I discovered my own son had an addiction problem. I questioned everything I had believed during that time. Not only was he dependent on drinking, but also on drugs. There simply are no words to describe the pain of those years. Of course, it didn’t help that this was a very public battle. I had a neighbor tell me that she didn’t want her kids to be at church too much, cause kids who are in church too much get “all messed up.” Yes….I wondered if perhaps she was right and I felt awash with new guilt and angst. Guilt for doing what I thought was the right thing for my family.

Now that the years have passed and I have faced many struggles of various kinds since then, I stand firm. I can look back and say that my children knew how I felt. They were brought up in a loving Christian home…not perfect, but Christ’s presence was known. We held firm to our values. We still do. If our children choose another way, then that is between them and the Lord. My values are mine. I have shared my values with them. Now they can choose their own.

I am still surprised by the number of adults who try to make “kicking back with a cold one” look cool.  That is certainly their right and I can’t judge them. But I do feel a twinge of pain. Who is watching them? Who is reading that post? Will that influence bring them down?

I can’t tell you everything that addiction takes away from one’s life but I can name a few: Relationships are ruined, families are broken, hearts are ripped, nights are restless, money is wasted…..the accidents, the affairs, the nights in jail, the hopelessness….and the influence.

We always talked openly about alcohol and drugs to our children. We said, “If you never try it, you will never have to worry if you are an addict or not.” But the world says, “Look, this is cool…look, this is so grown-up and sexy.” Why, I have even heard of ministers drinking beers with their parishioners and making everything look cozy. But that’s just not for me. I can’t take that chance.

I hate alcohol. It broke my heart and robbed 9 years of my precious son’s life and his relationship with our family. We can never get that back. I hate it.

And that’s why I don’t drink. — Sherry

I know I hate alcohol because of what I dealt with as a child and teenager with a Dad that drank. He would be what you call a “functioning alcoholic.” Worked a railroad job and farmed but the damage is life-long. Because of this, it has caused me to be determined not to ever take the first drink for fear of where it may lead.

Again, it is not a debate about being right or wrong, but about the consequences. Praying this blog has been a blessing to you.